Spanish gastronomy: a culinary journey into the heart of the community!

Spanish gastronomy is not just about paella, tapas or jamón ibérico. Instead it is based around the enormous garden that has been nourished and shaped bythe sea, rivers, mountains, fields, orchards… a generous garden from restaurateurs and locals draw their ingredients in order to develop the many recipes that give Spanish cuisine the international fame that we recognise today

Rows of gentle green shrubs, so characteristic of the Spanish countryside, stretch as far as the eye can see. Olive trees criss-cross the plains of Andalusia and Catalonia like a chessboard. Now the basic ingredient of Iberian cuisine, Spanish extra virgin olive oil is one of the best produced in Europe. For the regions of Valencia or Murcia, orange trees and other citrus trees line the wide open spaces. Gorged with sun, the oranges are naturally delicious, served either sprinkled with cinnamon or as “zumo de naranja natural” (natural orange juice), provided you taste them on the spot. And where it is not about olive trees or orange trees, vineyards take over. We find in Spain excellent wines to be tasted in the “bodegas” (cellars). The best are found in the region around Cádiz: Sherry. The Catalans produce sparkling cava, similar to champagne. Symbolic of the quality of the wine and the tradition of wine-making, the Spaniards have founded true ‘cathedrals’ of wine, the most remarkable of which is Pinell del Brai in the Terres de l’Ebre. And of course, in Spain, rice is grown. Who would’ve thought ? Famous for the variety and richness of their gastronomy, like the Basques, it is once again Catalans who cultivate it. In the Ebro Delta, the rice fields stretch out for miles, offering shelter thousands of migratory birds who find their food there. Without the famous Bomba rice or other famous varieties from Spain, Paella and other rice dishes – including the renowned “arroz negro” – would not have found the success that they have today.

A Culinary journey through the heart of the Spanish regions

An abundant country dappled with light, the territory of Spain extends from the mountain range of the Pyrenees chain to the arid soils of Andalusia, passing through the wetlands of the Ebro Delta. Here everything is cultivated and grown. Almonds and dates in the regions of Valencia and Andalusia, seafood in Galicia, the rearing of pigs and other livestock in Extremadura … all have shaped the identity of the various communities of Spain: each with its own customs, products and succulent recipes. Amongst the traditional classics: a Spanish dish par excellence found everywhere, “Cocido” (the equivalent of stew, served with chickpeas); Andalusian gazpacho ; “montaditos” from the Basque Country (a type of tapas served on bread); cider from San Sebastián or the Asturias; Jabugo (Iberian ham) from Huelva; fried croutons from Extremadura or the countless types of fish, either fried or prepared on the plancha! And for dessert: turrón from Alicante or Jijona; horchata de chufa or nutmeg, a popular drink from the Valencia region; polvorones from Andalusia, crema catalana, ensaimada from the Balearic Islands…

Water – the Mediterranean on one side, the Atlantic on the other – is of paramount importance for the country’s eating habits. By combining seafood with produce from the mountains, the Spaniards gave birth to the iconic dish of their cuisine, namely the paella of Valencia, but also with variants like the “mar i muntanya” (Sea and Mountain) from the Costa Brava. Without forgetting the Balearic Islands and the Canaries, where fish and shellfish are the essential components of the islands’ gastronomy.

Eat at Spanish time In Spain, a whole rhythm of life has been established around meals. Beginning with savory breakfast which locals accompany with “cortado” (coffee with a drop of milk) or “cafe con leche” (half coffee / half milk), followed by the “bocadillo” (sandwich) at 11am, then lunch at 2pm lunch, merienda (afternoon tea) around 6pm, finishing with dinner around 10pm … this is how a day stretches out in this country.. After work, the people of Madrid have introduced the “tapeo”, otherwise known as the Iberian ‘afterwork’ which consists of one (or more) cañas (small beers) and multiple appetizers: anchovies in vinegar, ‘pinchos’ (slices) of tortilla, jamón ibérico or croquettes made with meat or fish.
Plentiful Markets

Taverns, cider houses, freidurias, chiringuitos, Michelin starred restaurants, tapas bars, covered markets: there are a multitude of places where one can meet over a good meal. Delicatessens, cheese, rice, fruits and vegetables, fish and shellfish, the markets of Spain are enough to make the neighboring countries blush. The Ribera in Bilbao in the Basque Country, covering 10,000 square meters, is clearly the largest of its kind in Europe. Here, the show is both inside and outside. Built in 1929, the facade is covered with Art Deco style ornamentation. If only for the show, everyone recommends going to Barcelona for the colourful Boqueria market. Also in the Catalan capital but certainly less known, Santa Caterina is distinguishable by its corrugated roof. Renovated in 2005 by architects Enric Miralles and Benedetta Tagliabue of EMBT, its multicolored octagonal pavers echo the colours and tones of fruit and vegetables. Real oases for both locals and tourists, Spanish markets are renowned for their conviviality. People gather there to shop, sample some tapas, revelingl in the diversity of the Mediterranean diet in a particularly lively atmosphere.

The excellence of the Mediterranean diet

Listed by UNESCO as an intangible world heritage since 2010, the Mediterranean diet is much more than just a healthy diet. It has established itself as a culture of social interaction, an expression of respect for the planet and for biodiversity, as well a way of preservation of traditional and artisanal methods related to agriculture and fishing. Its staple products are olive oil, cereals, fruits and vegetables, meat, fish and dairy products (in small quantities), condiments and spices, not to mention wines and infusions.

The Mediterranean diet, which covers several countries across the arc of Mediterranean, including Spain, is therefore recommended for its health benefits!

A shower of Michelin stars and a full-sized laboratory

Spanish gastronomy enjoys great prestige and is internationally recognised. Today, 170 establishments have been awarded one or more Michelin stars and eight of them have received highest distinction: “Quique Dacosta” in the Valencia region; “Celler Can Roca” and “Sant Pau” in Catalonia; “Akelare”, “Arzak”, “Martin Berasategui” and “Azurmendi” in the Basque Country; and most recently ” DiverXo” in Madrid. Ferran Adrià, one of the biggest names in Spanish gastronomy and the former owner of El Bulli on the Costa Brava, has revolutionized gastronomy worldwide. While the genius of molecular cuisine decided to draw a line under his time as a Michelin starred chef in 2011, he has created the El Bulli Foundation, whose goal is to establish a centre of gastronomic creativity in order to develop and share new culinary ideas on an international level. In addition to haute cuisine, slow-food and « km0 » restaurants are becoming increasingly important in Spain. Responsible and creative cooking, emphasising the use local products is becoming an established culture in restaurants via meetings, conferences, workshops and showcooking! As elaborate and sophisticated as it is simple and traditional, Spanish cuisine delights all palates. It cannot be transplanted without losing its essential flavour. Whether it’s the local ingredients, the atmosphere or the sun, it will be difficult for you to find anywhere else the range that only Spain is able to offer you at the heart of its deliciously gourmet garden! 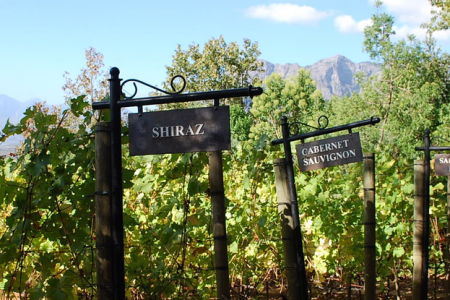 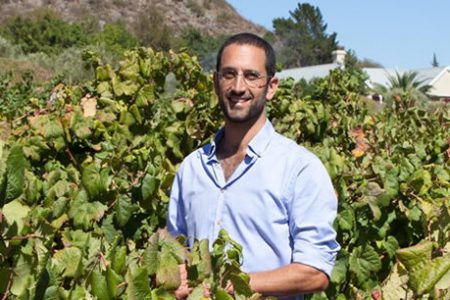