an Alsatian winegrower in Chile

How did this project come into existence?

It was born from a thirst for adventure and my sense of needing a change of scenery. At 45 years old, I felt the need to expand my living space and explore my dreams.  Since my childhood, I have always been fascinated by the New World, a place where everything is possible! But why did I choose Chile? Out of pure coincidence, or more specifically a series of encounters, firstly with the photographer Julio Donoso, and then with Alvaro Yanes and Javier De la Fuente, encounters that quickly became fast friendships. And because, for all four of us, great wine cannot exist without a vibrant heart, friendship is, for Montescano, at the heart of our wine!

How would you describe Montescano?

A magical hill which we have named as our “sacred hill”. It is situated on the heights of the valley of Casablanca, near to the historical port of Valparaiso, 10km as the crow flies from the Pacific Ocean. It is hidden from the eyes of passersby, not easily accessible, and because of this, perfectly isolated from the trappings of the modern world. It remains surrounded by trees and native shrubbery which act as a home for hundreds of birds: biodiversity is not just a mere word. The vines have been planted on small terraces cut into the hill, and are cultivated biodynamically, the work is done either by hand or on horseback. The non-grafted vines grow free, without a rootstock. For me, it represents a real return to the origins of wine making, before the time of phylloxera.

Why did you choose this purely artisanal winemaking process, with a small estate, whilst the trend is currently for large estates?

Because for us, being a winemaker is also about being an artist who listens to the earth. Only a small-scale winemaking process allows us to maintain this special relationship that is necessary to produce an authentic and unique wine.

What difficulties have you come across?

Above all, financial difficulties, as starting a vineyard from nothing requires a lot of investment. In Chile, small businesses don’t really exist and as such the banking system is not prepared to finance them. And also, for the same reasons, a huge difficulty in locating local supplies because in contrast to Europe there aren’t any small service providers for winemaking, as the large estates here have integrated all of these annex activities. I should also mention the extremely low crop yields for due to the droughts and the preference for deep root growth in order to deliver a rapid return, which obviously does not help in terms of managing the finances of such a project. But establishing an excellent winery should supercede the imperatives of modern finance, no?

What are the most notable differences between Europe and Chile?

I would draw attention to the differences between Alsace and the Valley of Casablanca, as those are my points of reference. Most of all, I think, the climate: Montsecano experiences a mediterranean climate with rain only in winter and is dry for the rest of the year. As a consequence, irrigation is required, for at least the amount of time that the roots require to establish depth, but, in contrast, there is no risk of mildew or botrytis and the harvest can be carried out without worrying about the weather.

In the vineyards of the Old World, there is a lot of discussion concerning the “terroir” (quality of soil particular to a specific region). What about in Chile?

The “terroir” is of course present, but it is almost always hidden due to agricultural practices based around intensive irrigation methods, which in fact lead to an “out of soil” form of winemaking, cut off from the “terroir”. Hence the caricatural taste profile of Chilean wines, as “fruit bombs” that quickly bore the palate. For me, the majority Chilean wines are unfinished. They are sun wines that have been separated from their terrestrial roots; they have, in a manner of speaking, no foundations. At Montsecano, our work is precisely to rebalance the rising energy of the light and the grounding forces of gravity, so that the deep saltiness of the earth as well as the celestial fire can be tested. In Chile, the sky is almost too potent, due to the hole in the ozone layer. Therefore it is necessary to counterbalance this radiant and almost blinding light with an equally strong extract from the root. This is the key to safeguarding the “terroir”.

Do you have any anecdotes to tell us?

Countless anecdotes that punctuate this kind of adventure…  the incredible story of our 2009 vintage that was first sampled by the birds springs to mind. Over there, there are hundreds of them and as they are true connoisseurs, they particularly enjoy the taste of Montsecano grapes! But that’s not the story I should tell. In 2009, our cellar was not yet finished – it was only  finished during the 2010 harvest – and so we produced our wine 600 kilometers south at our Louis-Antoine Luiyt’s vineyard in Cauquenes. That year we had produced 7 barrels of wine and the aging was going ahead as planned in Louis-Antoine’s cellar, until the terrible earthquake of February 27, 2010, which measured 8.8 on the Richter scale, caused immense damage to Cauquenes and completely destroyed the cellar of Louis-Antoine. The roof and structure of the winery collapsed, the tanks had ruptured, and wine spilled everywhere, it was a vision of apocalypse! It took several weeks to clear out the mess and save what could still be salvaged. And there, miraculously, beneath the rubble in an indescribable shambles, we found our 7 barrels, safe and still full! We took them back to Casablanca where Pablo Morande generously offered us shelter … And it is in Casablanca that they finished aging in calm and were bottled in June 2010. In Europe, we sometimes talk of a vintage saved from the waters. Montsecano 2009 is a vintage saved from the earth, one of the most terrible earthquakes in the history of Chile! 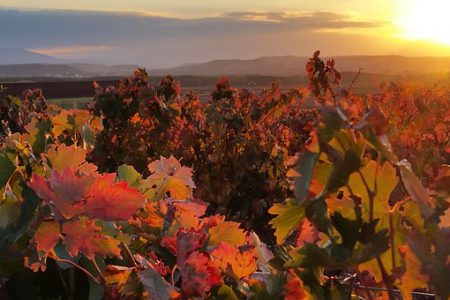 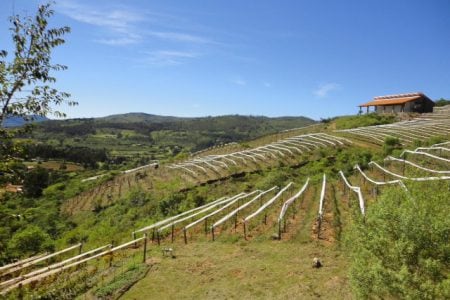